Mechanist likes to make massive changes to land purely because they can. They first did this during PSV when they dug what they called “Big Hole”. And again during PSVII when they decided to flatten out an entire Mountain and Plains biome. Although, as of now, none of these projects have been completed.

Mechanist joined GM4 during PSV on recommendation by Suppergerrie2. After a while of getting used to the server, they found their way to Suppergerrie2’s dessert in which they set up their base. After awhile of play, Mechanist decided that they wanted to mine out an entire 128 radius cylinder down to bedrock. Mechanist, Suppergerrie2, and Kyrkis made significant progress on this goal but in the end only about 45-50% of it was finished. 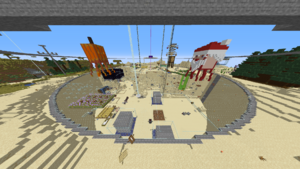 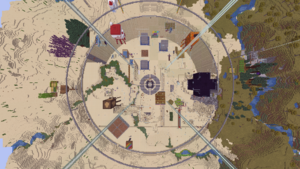 Top Down view of The Hole

Mechanist joined the server on the day PSVI began and attempted to get started. However, due to a combination of school and not-so-great TPS rates, They did not play on the server since.

Mechanist join PSVII about a week after initial launch and set up a small house in flower town. They then found a massive plains and claimed almost the whole biome. Since then, they have been slowly flattening the entire claim for no reason other then because it would look cool. 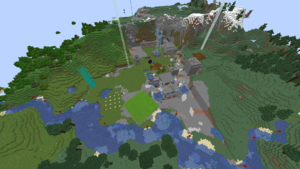 A very small portion of Mechanist's season 7 base

The Herculean Nuclear Organization is a group founded by Mechanist. Info will be updated as the group progresses.