This module turns fire charges into smoke balls to quickly escape an area.

Using a fire charge on a block will instantly teleport the player up to 50 blocks away, at the highest block (never underground). Smoke particles will appear at the player's initial and final positions upon teleportation. Fire charges will still set fire to the block it is placed on. 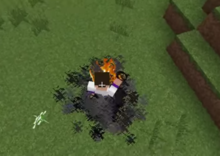 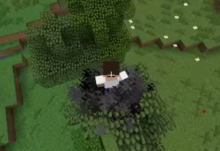 In the Hermitcraft version of the module (unreleased to the public), Ninja Smoke Balls needed to be crafted in a custom crafter using an ender pearl and fire charge.