This module is the base of the custom terrain system. It allows for modification of the world as chunks generate.

This base module is responsible for scanning the chunks in the world, processing the chunk if needed and marking the chunk as scanned when it is done.

Orbis doesn't make many changes to the world by itself. Expansion packs for this module add custom structures and biome-specific terrain to the game.

The module uses a chunk finding system, and searches outwards from that point in the 4 cardinal directions, analyzing chunks as it goes. The system will eventually idle, once all loaded chunks have been checked, and will start scanning again once a player begins to travel. This makes traveling more laggy than normal. Traveling to a new area by teleporting, starting a new world, or by going through a portal will likely cause a lag spike too, as the system suddenly starts checking hundreds of chunks. Due to the slow world generation of 1.13 the module will scan chunks rather slowly to reduce severe server performance drops.

With this module, each seed will produce the same terrain changes and additions. All "random" calculations are based on the world's seed. These "random" elements are referred to as seed random.

The MC 1.8 Versions used a concept by Wubbi to find chunk corners near a player. It used no structures or loot tables and instead used a complex system of command blocks to populate the spawners with a seed random mob type and chest with seed random loot. 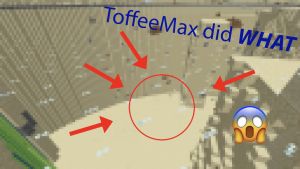 High-Quality preview of Orbis made by Mechanist
Retrieved from "https://wiki.gm4.co/index.php?title=Orbis&oldid=4314"
Categories: