From Gamemode 4
< Liquid Tanks
Jump to navigation Jump to search 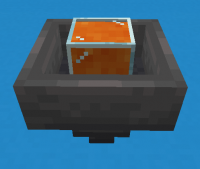 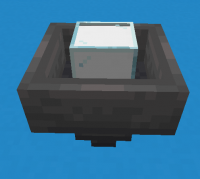 Below is a list of the items or liquids, and the amount of liquid they add/remove to/from their corresponding tank.

The following liquid tank interactions are added with Standard Liquids.

Cows put above an empty or milk tank will slowly add milk to the tank at a rate of one bucket every five minutes.

Players or mobs under a milk tank will have all their potion effects cleared from them at the cost of one bucket of milk consumed from the tank. The tank will continue to remove effects from the mob roughly once every second regardless if it has a potion effect applied.

Mooshrooms put above an empty or milk tank will slowly add mushroom stew to the tank at a rate of one bowl every five minutes.

Players under a stew tank will receive a short burst of saturation that will fill six hunger points, at the cost of one bowl of stew consumed from the tank. The tank will continue to feed the player stew roughly once every second regardless if the player is hungry or not.

Lava Tanks will fuel adjacent furnaces if they contain items that require smelting, providing 1/3 a bucket of lava as required. Looking at a lava tank will link it to adjacent furnaces. This also works for smokers and blast furnaces.

Water Tanks will fill adjacent empty cauldrons with water, providing 1 bucket of water as required. Looking at a water tank will link it to adjacent cauldrons.

Experience Tanks will absorb Experience Orbs above (Excluding those from the Dragon). Players above an experience tank will deposit their experience into the tank, adding points equivalent to their level to the tank. Levels above 30 are treated as equal to value as level 30. Tanks will accept a level from the player even if there is not room for all the xp in the tank, which can lead to slight losses. Players below an Experience Tank will withdraw experience from the tank. The experience orbs produced in this process are purely visual and will not interact with mending.

Players or mobs under a honey tank will receive a short burst of saturation that will fill six hunger points and will clear the poison potion effect from them at the cost of one bottle of honey consumed from the tank. The tank will continue to saturate and remove the poison effect from the mob roughly once every second regardless if it has full hunger and a poison.