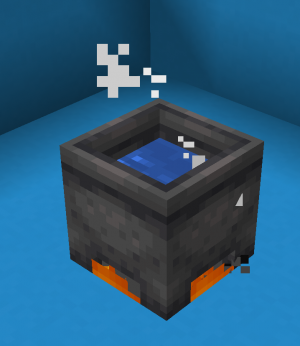 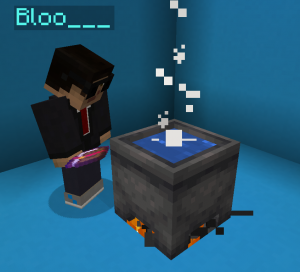 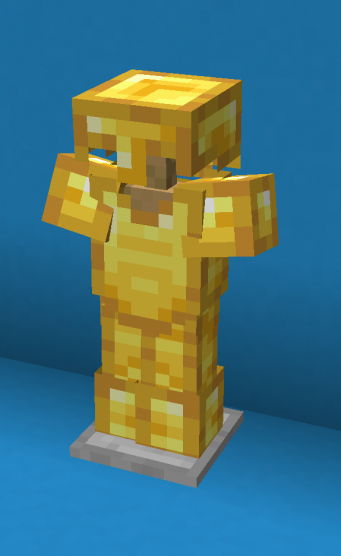 Crystals are an advanced alternative to potions that provide continual tier II status effects. This recipe requires a Sea Lantern, a Nether Star, and a Protection IV Enchanted Book.

Each of the 12 small flowers[note 3] will either be "lucky" or "poisonous", and in order for the recipe to grant the luck effect, all the "lucky" flowers must be thrown into a Zauber Cauldron along with an Enchanted Prismarine Shard and, as the last item, a piece of cut Grass. If performed successfully, nearby players will be granted with a permanent Luck effect that lasts until death.

By experimenting with each flower individually, one can determine which flowers are lucky and which are poisonous by recording which ones emit poison clouds when added to the recipe. [note 4]

Wormhole in a Bottle

Placeholder Image for a Zauber Cauldron heated by Soul Fire

Heating a Zauber Cauldron with Soul Fire instead of ordinary Fire will alter the nature of any potion created by the cauldron, allowing a single bottle to be consumed multiple times. These "Ghostly" potions contain 3 doses of whatever their effect is.[note 7]

Many of this modules features have been added and changed over time. Prior to 1.13, the module did not have Wormholes, Magic in a Bottle, Possessed Items, or Soul Potions. The Luck Recipe required the player to be wearing full Zauber Armor, and did not change with the world seed. Instead, the duration of the luck effect depended on the number of flowers thrown into the cauldron. With all 10 flowers, the luck would last 100 minutes. Crystals would also function from anywhere in the players inventory.Template:Fix/category[citation needed]