Ladders will act as vertical rails for Minecarts. Minecarts will travel automatically upwards when in a ladder block. Once a minecart reaches the top of a ladder, it will also gain forwards momentum, so it will land on the block the last ladder is placed on. 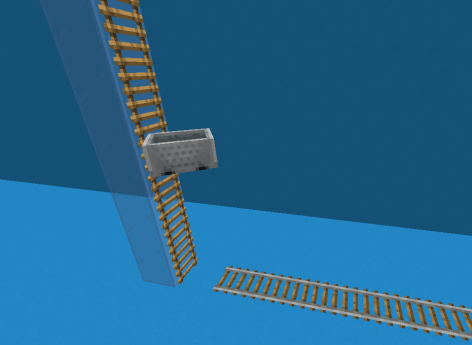 Minecart moving up a ladder

The MC 1.8 version had additional "vertical detector rails." If a ladder was placed on a dropper, a passing minecart would cause the dropper to give off a comparator output signal. This was removed in later versions.

The MC 1.8-1.12 versions did not have advancements. If a ladder was placed on gold blocks, they will become booster rails, moving the cart faster and will cause the Minecart to travel faster, and launch upwards at the top of the ladder.