This module adds the ability to uncraft weapons and armour, using Custom Crafters.

To create a disassembler, insert the following recipe into a custom crafter. 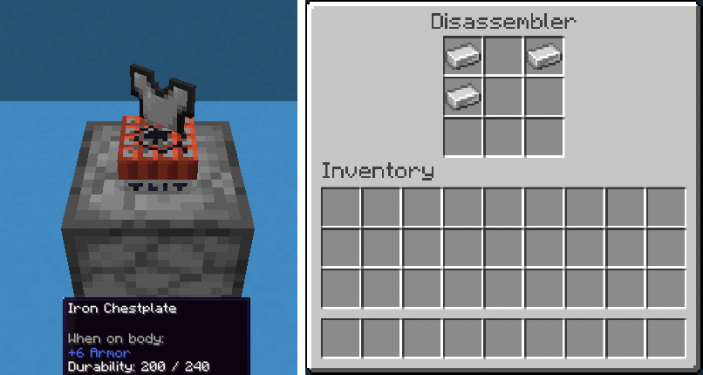 Disassemblers can be moved with Relocators. When placing a relocated Disassembler, the dropper will face away from the block that it was placed on.

The 1.13 Version had an additional advancement "Disassembling Matters"