This module adds bees, beehives, honey and more to Minecraft 1.14, and heavily alters early and mid-game mechanics by replacing natural regeneration. The mechanics and design of this module are different than the bees Mojang has added in 1.15.

Ambrosia alters early and mid game drastically, requiring a change in playstyle and some extra infrastructure.

To help you getting started follow this general tutorial:

Getting a Beehive[edit | edit source]

This module heavily alters survival gameplay by disabling natural regeneration. As a result, players must have the Regeneration Potion effect to regain health, as Saturation from food does not heal the player. This module adds an early-game method to acquiring short bursts of regeneration, along with mid-game methods to gaining more powerful and longer lasting means of regeneration. 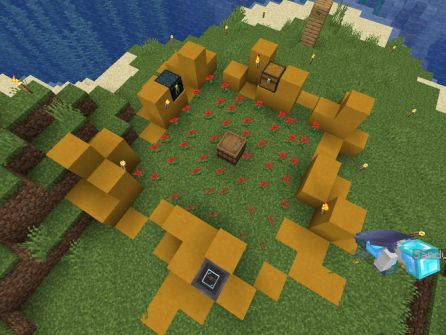 A Bee Hive with flowers around it

Larvae drop from oak leaves when broken by players. When a leaf is broken, there's a chance that 1-2 larvae will drop; this chance can be increased by using a Fortune tool.

Larvae have a lifespan of one moon cycle (8 Minecraft days), which starts when they are retrieved from leaves. 8 days after a larvae is produced it will die. Attempting to use a dead larvae to create a beehive will not work, and change the name of the Larvae item to "Dead Larvae".

Larvae can also be used as white dye.

Beehives can be created by throwing a larvae item on top of a barrel. The larvae must be living (less than 8 days old) to start a hive, otherwise the larvae item will be renamed to "Dead Larvae"

Bees require air and flowers to survive and reproduce. Bees from a beehive can visit any flowers in a 7x7x3 block region (7 wide, 3 tall) centered on the hive. More flowers nearby the hive results in a faster population growth, which in turn, results in faster honey production. A beehive without enough flowers nearby will slowly lose it's bee population until it becomes abandoned.

The ratio of air to flowers in the area around the beehive determines the rate of population growth, so it is important to have a roughly equal amount of air and flowers. Any small (single block) flowers or potted flowers will work.

Opening a Beehive will cause nearby bees to become angry, attacking players in the area. Bees deal a damage of 2 hearts without any protective armor or effects, and will die a little while after stinging a player.

Two ways to get honey from a beehive. 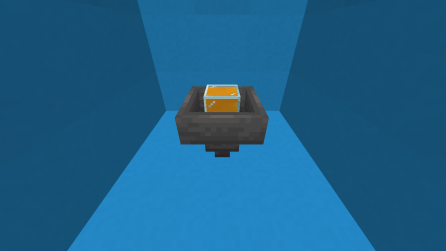 Consuming honey will give the player the regeneration effect. There are several ways to consume honey.

The first is through Honey Bowls, extracted directly from beehives. Honey Bowls will give 30 seconds of regeneration when consumed, but are not stackable.

The other two ways are dependent on the Liquid Tanks module. Honey combs acquired from beehives can have 1 bucket of honey extracted from them with a liquid tank, leaving behind beeswax as a byproduct.

Empty bottles can filled with honey in a Honey Tank to produce Honey Bottles. Honey Bottles will give regeneration for 1 minutes and 20 seconds, and can be drank from 9 times before becoming empty. One bucket of honey is fills three bottles of honey, meaning one honey comb is equal to 3 bottles of honey.

A Honey Tank can also directly apply the regeneration effect for 6 minutes and 40 seconds to players who stand beneath it.

Beeswax is obtained by extracting honey out of a honey comb with a Liquid Tank. Once the liquid tank drains the honey, beeswax is left behind. 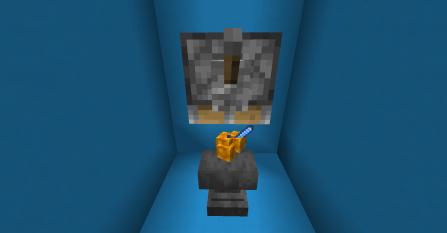 A Tool and Beeswax ready to be combined.

It is possible to bring down the Repair Cost of a Tool by multiple levels per operation. A useful algorithm to reduce a tool's repair cost:

Instead of doing this step-wise, it's also possible to do multiple cycles with one piston push; for this drop multiple stack of wax onto the machine - each stack will run instruction 1 and 2.

Bee hives will only fill up bowls with honey if the bowls are in a stack of 1. Players can only drink bowls of honey when they are hungry, but can drink bottles of honey at any time.

The speed of growth of a hive is roughly equal to:

Where v is the speed of growth. This results in an optimal growth rate when flowers/air is about equal to 1 whilst as many flowers as possible are planted nearby, as illustrated by this graph. 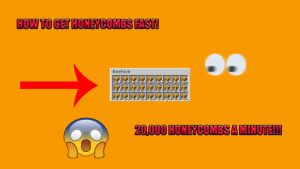 Quality image for the Ambrosia module made by Grian, Winner of the Ambrosia Clickbait Competition
Retrieved from "https://wiki.gm4.co/index.php?title=Ambrosia&oldid=6130"
Categories: